Found in 1982, Neogen Corporation has grown to approximately 400 employees in four U.S. and two international locations developing. manufacturing and marketing a diverse line of products dedicated to food and animal safety. The company's more than 200 diagnostic test kits are easier to use, and provide greater accuracy and speed than other diagnostic methods currently employed.

The company's Neogen Europe subsidiary, based in Ayr, Scotland, provides Neogen better access to the European Union, and allows better service to its customers and distributors throughout the EU. The recent expansion of Neogen Europe's responsibilities in Germany, and its expanding R&D efforts geared toward worldwide marketws, have added to the brick and mortat international presence that Neogen began with the establishment of sales and distribution offices in Shanghai, China.

Neogen's success has gained increased notice outside the testing industry. Neogen has been repeatedly named to Fortune Small Business' list of the 100 fastest-growing, publicly held held small business in America, and as one of Forbes Magazine's 200 Best Small Company in America.

Since its founding, Neogen has pioneered rapid diagnostic testing. The company has taken testing from complicated, expensive off-site methods, to much easier, but not less precise and trusted on-site tests. Neogen's tests are quick, and requie minimal start-up costs and training. Following a simple procedure and just a few minutes is all that is necessary to achieve clear visual results with the company's testing products

Neogen's test use built-in controls to provide added confidence in the tests' results. There is no guessing whether tester proform procedures correctly-if the controls preform as designed, sample results can br trusted. Neogen's test kits have gained worldwide use and acceptance, and now serve as the "gold standard" for numerous domestic and international regulatory agencies and industries.

Neogen's tests carry numerous prestigious third-party and regulatory approvals and validations to provide further assurance to their many customers that their tests can be trusted to preform as promised. Neogen's approvals validations include those from the AOAC, AFNOR, EPA, and USDA-GIPSA. 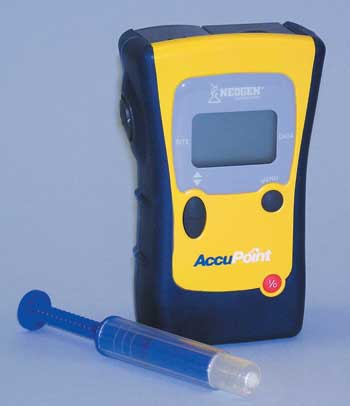 Neogen provides around-the-clock professional technical support should questions arise about one of its products. The concept of normal business hours doesn't apply to the food industry, and it doesn't apply to Neogen. The company's product lines are also backed by an in-house research and deverlopmant staff that develops new products, and update existing offerings, in response to evolving market needs.

Neogen's GeneQuence Automated System is a fully automated 4-plate processing system that is capable of ferforming multiple assays simultaneously. When combined with GeneQuence's genetics-based assays, the GeneQuence system quickly and extremely accurately detects pathogens in raw ingredients, finisned food products, and environmental samples. GeneQuence is capable of performing up to 372 samples at a time and is available for E.coli 0157:H7,m Salmonella, Listeria, and Listeria moncytogenes.

Neogen's recent food safety additions also include: Reveal for DON, a simple dipstrick test that easily and uniquely detects semi-quantitative levels of the mycotoxin in as little as 5 minutes; screening and quantitative tests for soy flour, gliadin (gluten), total milk ( both casein and whey) and hazelnut-quick and easy tests that add to Neogen's unmatched line of food allergen tests; Colitag, an EPA-approved, patented system that represents the next generation of tests to detect coliform bacteria, including E.coli, in water; and new immunoaffinity colums for aflatoxin and ochratoxin.

From Field to Fork

Neogen is the one-stop food safety shop for rapid and easy-to-use diagnostic tests--for food's journey every step of the way from field to fork.